Posted in Nintendo,Nintendo DS,Rumors by Conner Flynn on October 11th, 2007 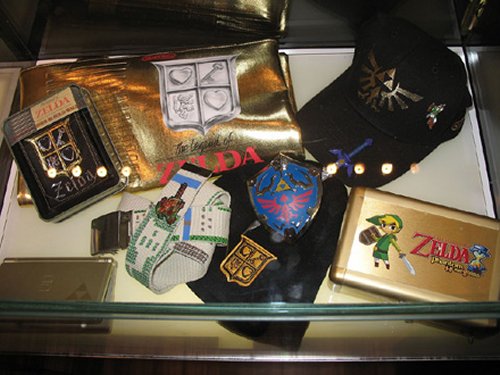 It sure is looking that way. Rumor is that the Shiny golden DS Lite you see in the lower left of the picture may be headed for retail store shelves soon. That shouldn’t be a big surprise since we are entering into the holiday season. Plus, Nintendo marketing knows that we like shiny objects. Shiny gold objects, especially. Seriously, we aren’t that hard to please.

The above photograph is believed to have been taken at the Nintendo World Store when “Phantom Hourglass” launched. To make things even more interesting, Engadget is claiming that a certain individual is saying that his company has received orders from Nintendo to design graphics for a “BOX, SYST GOLD W/ZELDA: HOUR USG.” Who knows if this is all true. And if it is true, it could just be a limited run for a contest. But since Santa is coming soon, I’m betting an official announcement from Nintendo will proceed him.