Posted in Sony Ericsson by Conner Flynn on August 9th, 2010 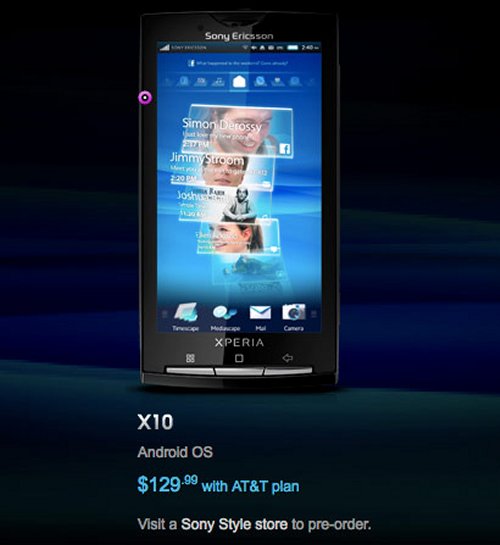 We had heard rumors that Sony Ericsson’s Xperia X10 would be headed to AT&T since November of last year and now it seems to be confirmed. The Android-powered X10 will be available starting August 15th.

The device features a 4-inch touchpanel, 1GHz Snapdragon processor, built-in GPS, 8.1 megapixel camera with LED flash, 8GB of onboard memory, a 2GB flash card and a couple of SE’s own apps. But where to get it? AT&T says that it will cost you $149.99 on a 2-year service plan, but Sony says that it can be picked up in a local Sony Style store for $20 less.