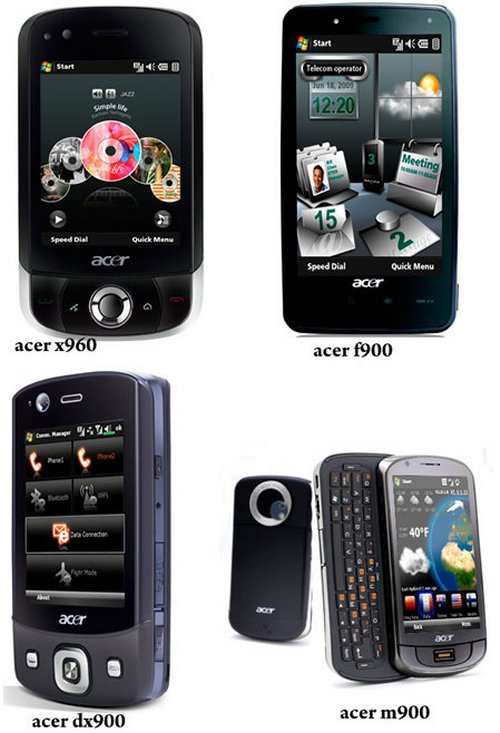 The M900 comes with a QWERTY keyboard, a 3.8-inch screen, and a fingerprint scanner. It also has HSDPA (High-Speed Download Packet Access) support, built-in GPS (Global Positioning System), and a 5-megapixel camera. The F900 also comes with a 3.8-inch screen and features a 3.2-megapixel camera, and you also get faster uploads using HSUPA (High-Speed Uplink Packet Access) and support for Wi-Fi. Both phones will start shipping at the end of March or the beginning of April. 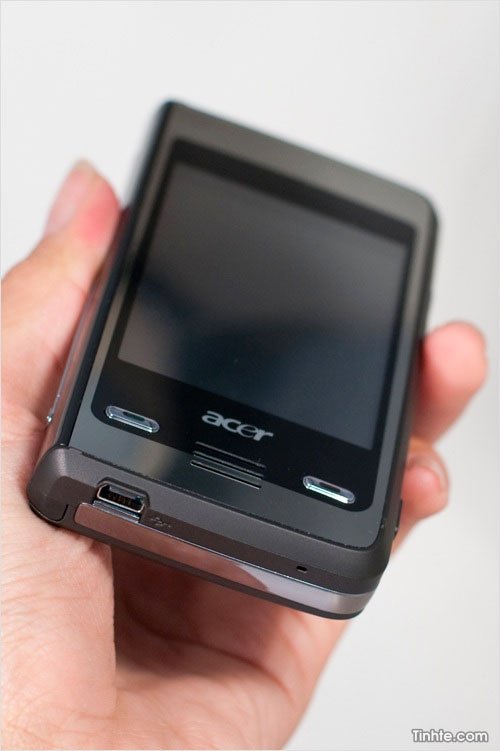 Looks like Acer’s smartphone strategy at Mobile World Congress will involve at least two handsets. The DX650 would be a unique dual-sided phone with a dedicated number pad and small screen on the back to make calls easier. It will sport a 2.8-inch touchscreen and Windows Mobile 6.1 providing full app support on the phone’s front. The DX650 should also have GPS and a camera. 3G over HSPA and Wi-Fi are assumed.

The X960 looks like a more conventional 2.8-inch touchscreen phone and is known to have a fast 533MHz ARM processor and a front-facing camera for video calls to complement a back 3.2-megapixel shooter. It also runs Windows Mobile and carries HSPA-based 3G, GPS and Wi-Fi.