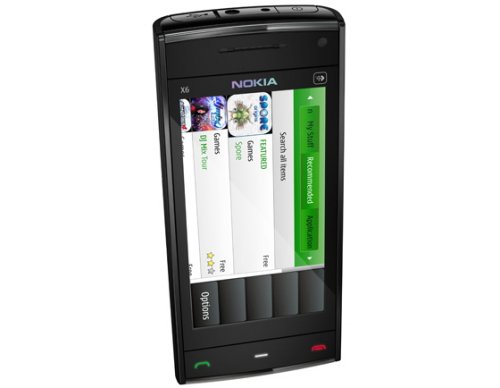 Well, that didn’t take long. The Nokia X6 16GB is now official. Yesterday we told you about the pink version. The phone doesn’t have Comes With Music, but here’s some of what it does have: 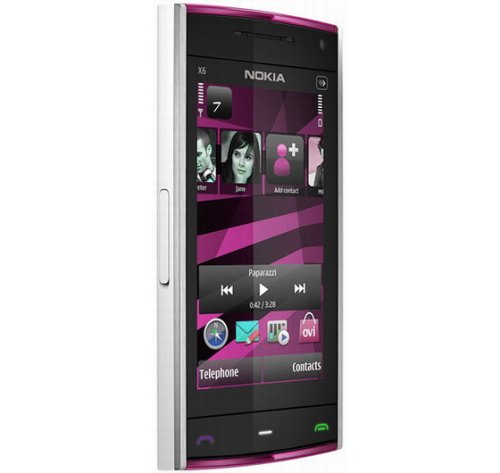 Nokia still has not announced the X6 16GB, but reports are already swirling around the interwebs that the device will be available multiple colors that aren’t available with the 32GB version. Apparently the 16GB version will be available in black, pink on white, and blue on white.

This one actually doesn’t look bad in pink. With the lower capacity, the price should go down some as well. The phone will probably not include Nokia’s Comes With Music (CWM) service. Aside from that, the 16GB version should be very similar to the 32GB version, with a 360 x 640 pixel touchscreen display, Wi-Fi, GPS, TV out, and 5-megapixel camera.