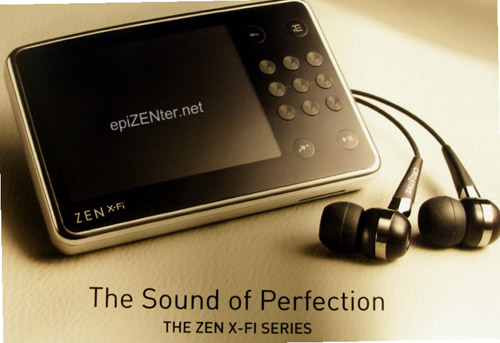 Creative’s ZEN X-Fi player is different and it appears to be targeted at Apple on both the hardware and software fronts, according to leaked information by epiZENter. The X-Fi changes the look of the original ZEN drastically, with an aluminum-and-chrome look that seems to be inspired by the iPhone.

This new ZEN features a nine-point directional pad to take advantage of integrated Wi-Fi. Users will be able to IM on Windows Live or Yahoo Messenger, typing without a touchscreen or a full QWERTY keyboard. Another feature of the device is that it will have access to a host computer’s own content so users can play it in another room. And an Internet-based media pool of some sort will give users access to some content at other Wi-Fi hotspots. No official release date yet, but word is it will be in July.