Posted in Mobile Phones by Conner Flynn on September 27th, 2009 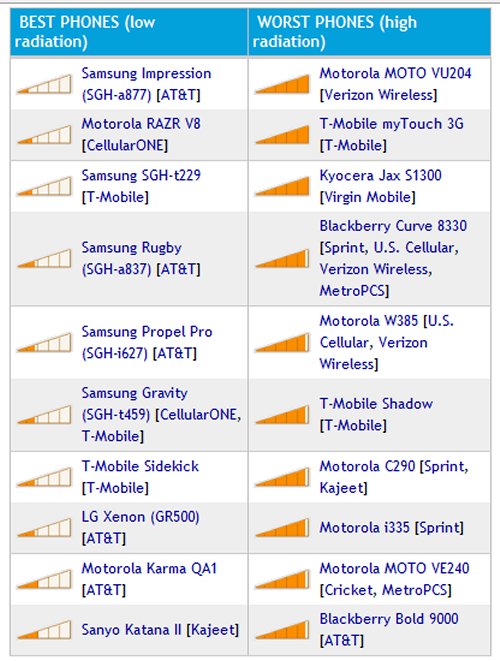 You probably already know that your cellphone leaks radiation into you while you’re on the phone. Of course you do. Though we try not to think about it, it is worth knowing which cellphones have the highest and lowest radiation levels. To that end, the Environmental Working Group has launched a website that rates cellphones on radiation output.

Here are the highlights: Ranking high on the list (in other words these phones put out the lowest levels of radiation) are the Motorola RAZR V8, and AT&T’s Samsung Impression. In fact, Samsung holds several spots at the top of the list. On the other end of the spectrum, some phones that rated poorly are T-Mobile’s myTouch 3G and the Blackberry Curve 8830.