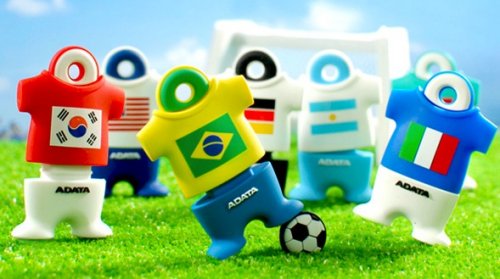 Pay attention World Cup fanatics. These cute little guys will keep you company until the next time the World Cup rolls around again. You could get a few of these things and have your own little fake World Cup game.

The ADATA Theme Series T001 Soccer Jersey drives all sport the national flags of your favorite soccer teams and each drive is made of durable rubber, resists water spills, and shocks. They also come with accessories to make your experience even cooler. 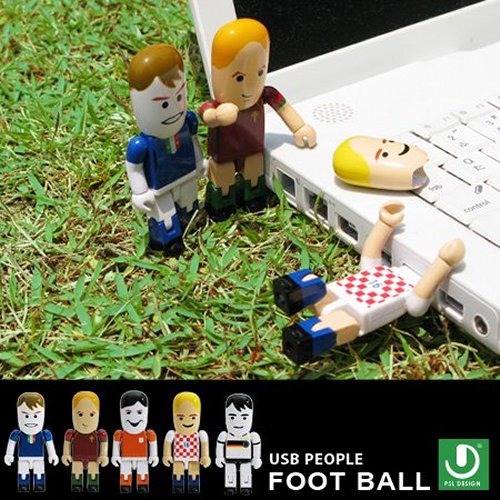 Some call it soccer, others call it football. Some just know it as that sport they played once that got them kicked in the groin. Whatever you call it in your country, it’s a little known fact that the heads of these athletes are removable and store data.

How do you think they come up with their game plan in the locker room? Did you think the coach simply talks to them while pointing a stick at a chalkboard? No, that would be silly. Instead, each 1 GB player removes his head and plugs himself into a port, becoming part of the team “collective” and downloading game plans. Their endgame? World domination with Pele as their new God.