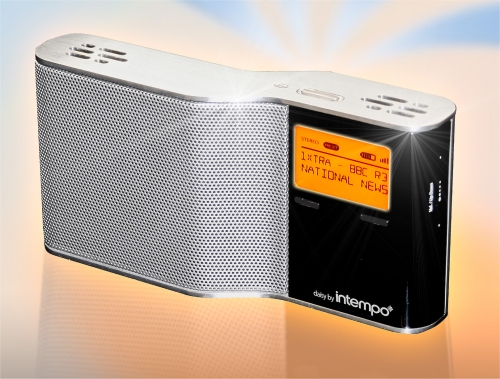 Intempo has a new radio out that it claims to be the world’s first low-power internet and FM radio on the market. The Daisy radio features the ability to pick up as many as 6,000 different radio stations wirelessly through a Wi-Fi connection, provided you’re in range of one. If you’re not, the little radio can also pick up regular FM signals.

We haven’t seen a lot from Intempo lately but they kicked this device off at last weeks CES conference to start out their 2008 with a new product on the market. The radio features a somewhat unique design with an offset rectangle separating the speaker from the display. It has touch-sensitive controls on the right for navigating stations and volume and also features a clock and alarm. Internal batteries keep the device portable and give it up to 20 hours of playback. 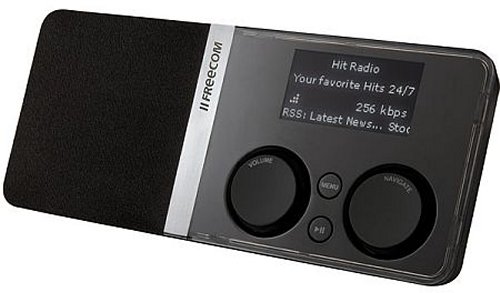 Let’s face it, Terrestrial radio is nearly dead. That means it’s time to replace that old AM/FM device that you have. The MusicPal wireless Internet radio and MP3 player looks like a good choice. It also has some advantages over other wireless radio devices. For one thing, it’s smaller then many of it’s competitors, no extra hardware is required and it doesn’t require a computer to operate either. It even goes so far as to display some of your favorite RSS feeds.

The Musicpal comes programmed with a library of more than 5,000 Internet radio stations, but if you still like your MP3s, it can stream them directly from a home network. Did I mention that it also has an alarm clock? At $150 you get your money’s worth.