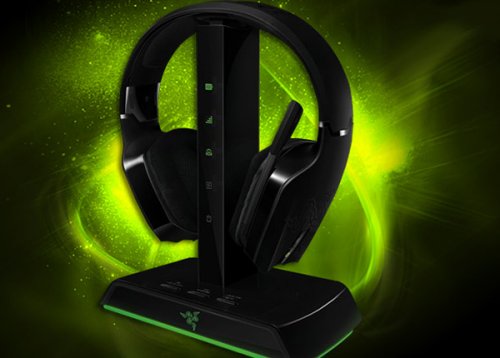 Razer has some new headphones that will work with the Xbox 360 and the PC. They are called the Chimaera and are available in two styles. A standard stereo version and a 5.1 surround sound version.

Both are wireless and use rechargeable batteries. The Stereo version uses 2.4GHz wireless technology and the 5.1 version uses 5.8GHz. Both also feature a mic that can be flipped up and out of the way. Sound is handled with large 50mm neodymium drivers.