Posted in Wii Accessories by Conner Flynn on November 15th, 2008 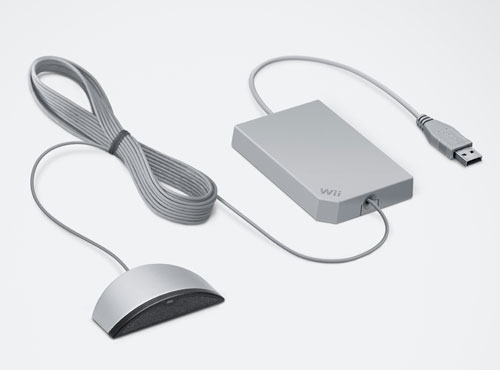 By now you’re well aware of the upcoming Nintendo Wii Speak peripheral. It’s a microphone that lets you communicate with other Wii users online. Some of you have eagerly waited for it. Ars Technica discovered that it comes with a 16 character code to download the “Wii Speak” channel. Thing is, it’s a one time use code. You can not replace it if lost.

That’s right, you can NEVER sell it, NEVER give it away and NEVER use it on another Wii Console other than the one it was downloaded on. I hear ya. It sucks. I consider it a scam on Nintendo’s part. I for one won’t be buying this useless turd. Nintendo isn’t going to tell me what I can do with hardware I purchase. I’m gonna get a friend to buy it and download onto my system. Then I’ll act dumb when it doesn’t work on theirs later.