It’s already official in Japan, and now Europe has an official launch date for the new Wii Remote Plus. November 5th. But sadly we don’t have a price yet.

We can tell you that it will launch in the four colors pictured above and integrate both the Wii Remote and Wii MotionPlus add-on in one unit. Hopefully they will announce the UK price soon so you know how many quid it will cost you. 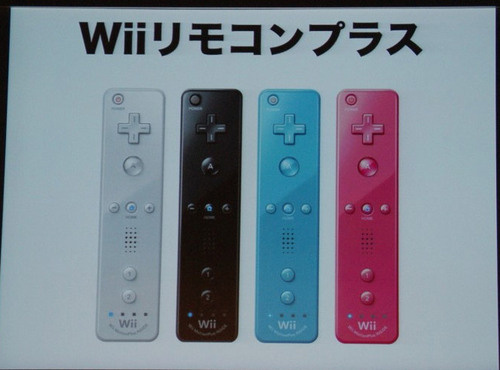 Nintendo has been pretty slow out of the gate since the Wii debuted in one way or another. Now Nintendo is releasing something that should have been released at least a year ago. The Wii Remote Plus.

Nintendo today revealed the new controller which combines the original Wii Remote and its add-on, Wii MotionPlus, in the same controller.