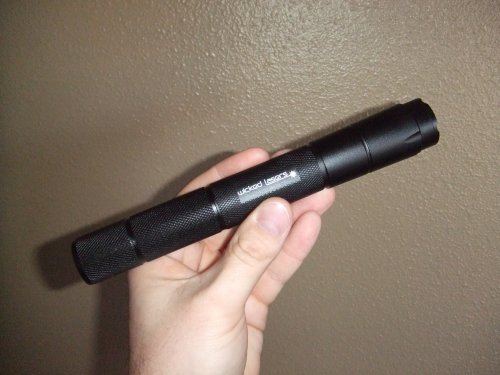 From the time we opened the box of the Spyder II GX we could tell that this one meant business. The Spyder II is another green laser with a beam that can be seen from miles and miles away, literally. It’s powered by a special single LI-ION 18650 rechargeable battery (the device comes with 2 of them and a charger) and is housed in a military grade, water resistant case. It operates by a rubber toggle switch in the back that keeps it on until you press it again, unlike the Elite Series which requires you to hold it to keep the laser on.