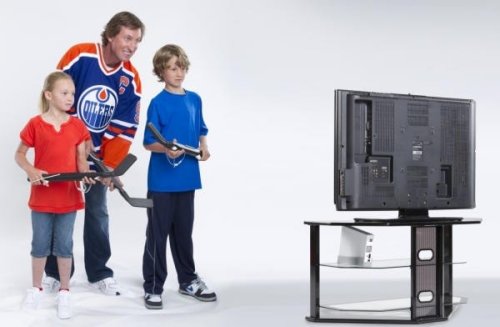 Hard to believe a Hockey game hasn’t come bundled with a Wiimote hockey stick until now. This one is even endorsed by Hockey legend Wayne Gretzky himself. The game is EA’s upcoming NHL Slapshot, which comes with the small hockey stick shown above.