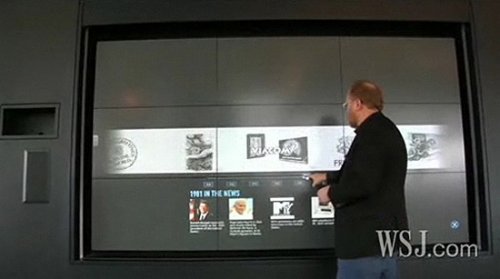 The future is filled with giant walls that react to your touch, but HP’s “Wall of Touch” does more than that, sensing your intent even before you touch it, thanks to cameras and a magnetic strip that detect where your hands are, activating the items on the screen accordingly. Watching and waiting for you to make your move.

The company is starting to roll out this gigantic grid of screens powered by its Z800 workstation. It will first land in the Continental Airlines terminal at the Houston airport. If it proves popular enough, HP might decide to make it a mainstream product by next year. If that happens the pricing would be between $2,000 and $100,000 depending on the capabilities. Video below.