Posted in Mobile Phones by Darrin Olson on February 10th, 2008 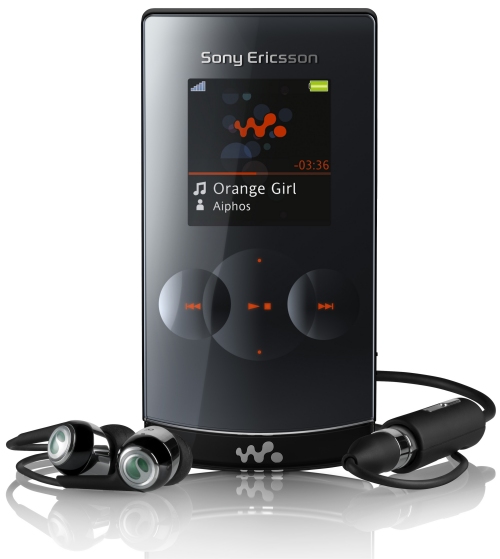 Sony Ericsson dropped a new Walkman mobile phone/media player to the market today with the W980, featuring 8GB of internal memory, included headphones and something the company is calling “Walkman On Top”.

The new Walkman On Top is a lot like it sounds. SE put the controls and the display of current playing tracks on the front of the device allowing complete navigation and viewing without having to open up the handset, hence the name “on top”. The new Walkman also comes with built-in stereo speakers and FM transmitter letting users share their tunes directly or through an FM radio on a home or car stereo. Sony Ericsson also wanted to make sure that listening to music alone was clear with quality sound and threw in Stereo Portable Handsfree HPM-77 headset. The headset allows listening to music and the ability to take calls hands free.