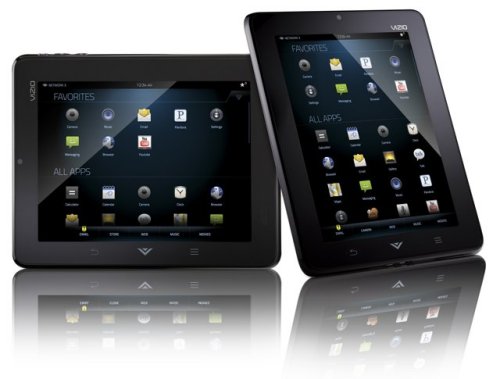 Looks like Vizio has a new tablet. The VIZIO VTAB1008 is a WiFi-only device with an 8″ (1024 x 768) capacitive touchscreen display and powered by Android. Which version of Android is a mystery. Some features include a 1GHz processor, built-in GPS, Bluetooth, 2GB of internal storage, a microSD card slot (supports up to 32GB), micro HDMI output, and a front facing camera for video calling.

You can also use this as a remote control for your VIZIO devices with the universal remote control app and built-in IR blaster. Sounds pretty good, but there’s no info on price just yet.