Posted in Virgin by Conner Flynn on September 30th, 2010 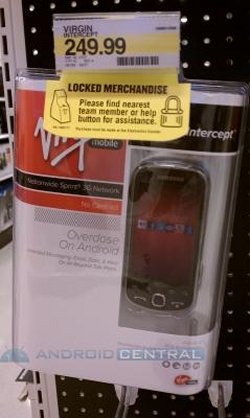 The Samsung Intercept will be available via Virgin Mobile. In fact it’s the first Android device from Virgin Mobile. However we don’t know when or how much the Intercept is going for. It has already shown up at Target stores for $249.99 which is not bad pretty decent when you consider that the handset is a pre-paid model, which rules out monthly commitment fees.

Sprint is already offering the Intercept for $99 with a 2-year contract. The Samsung Intercept is powered by Android 2.1 and comes with a 3.2-inch 240 × 400 capacitive touchscreen display, a 3.2-megapixel camera with video capture capability. There’s also a 1500 mAh battery, a microSD memory card slot, a 3.5mm headset jack and a side-sliding QWERTY keyboard.

This weekend Virgin Mobile confirmed a major revamp of its Broadband2Go data plans that could see a return to real unlimited data. Instead of the four plans offered today, it would simplify everything to just a $40 unlimited monthly plan and a $10, 100MB 10-day plan.

A leaked memo suggests that the changes will go live on August 24. Both MiFi routers and modems should work with the cap-free access. This sure would heat up the competition among carriers for mobile data. Clear and Virgin’s US parent Sprint offer unlimited Internet, but only for their WiMAX services.

LG’s first Android powered smartphone is now available in the UK. The LG GW620 packs in a 3 inch touchscreen, a five megapixel camera and a slide out QWERTY keyboard, with WiFi and Bluetooth. 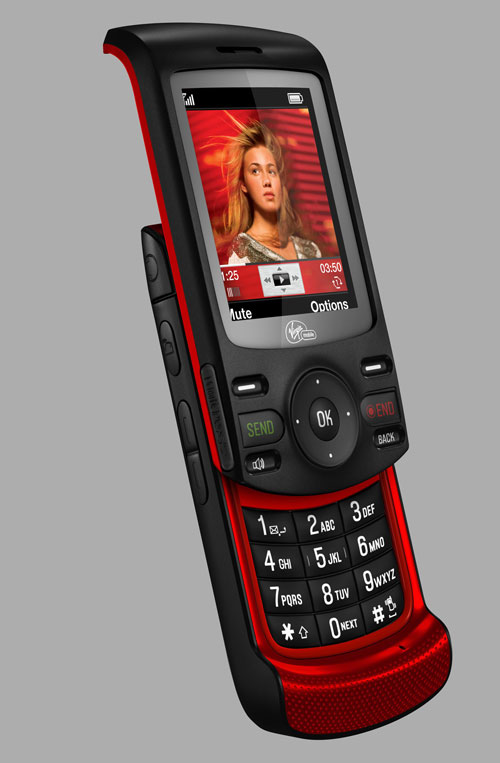 Mobile phones are one of the most ubiquitous pieces of gadgetry around. It doesn’t matter if people are into gadgets and electronics or not — most everyone wants a cell phone. As more and more features are being offered like, over-the-air downloads, faster connections speeds are wanted by many users. 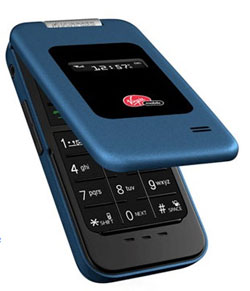 For many people prepaid mobile phones are ideal. This type of phone is great for people who don’t want be stuck in a contract or for those with poor credit. Many parents also use prepaid phones as a way to keep the amount of minutes kids use in check.

Virgin Mobile announced today that it has added a new Kyocera handset to its prepaid line that carries a very low price. The handset is called the TNT and is a clamshell style phone with basic features. The best feature of the TNT is the price — which is only $20. 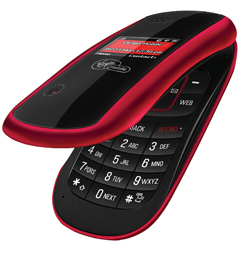 Virgin Mobile USA announced today a new flip phone developed for the mobile carrier by UTStarcom. This one is called the Arc and pricing is set around $50.