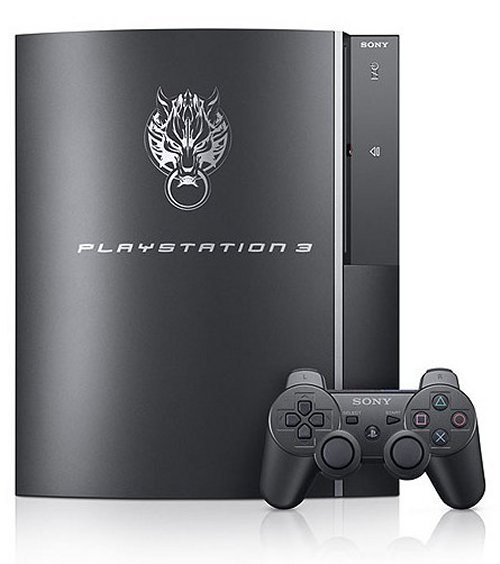 Final Fantasy is the game series that just won’t die. Like the Godfather Michael Corleone, everytime you are out they keep pulling you back in. The latest incarnation is the re-release of Advent Children, and Sony’s celebrating with another special edition console to celebrate it.

The upgraded movie apparently features 30 extra minutes of animation action. The new PS3 itself features a 160GB HDD and a matte “Cloud Black” paint job with Cloud’s Strike Wolf emblem applied on top. The bundle that comes with the movie and includes a demo of Final Fantasy XIII will sell for about $550 in Japan when it arrives next month. 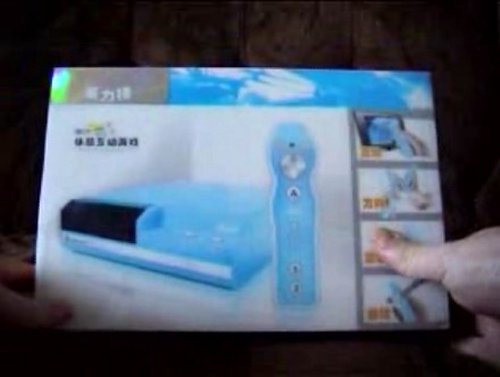 The cheap knock-off game console market seems to be high gear lately, what with the Polystation 3 and px-3600 console. We first told you about the Vii back in October. Well, it looks like our british friend who reviewed the Polystation, just got himself a KenSingTon Sport Vii 2.

You can watch his video review after the jump and explore the strange bizzarro world of crap knock-offs. Among the games on the GBA type cartridge, are a few that involve some sort of mutated rabbits. And as bad as these rip-offs are, you have to admit that they at least provided some color on the Vii-mote unlike Nintendo’s white. Though it does resemble some sort of weird long squid.