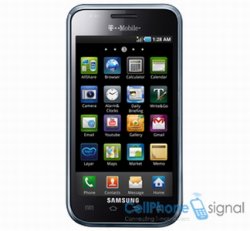 We all knew that the Samsung Galaxy S T959 would be headed for T-Mobile, but we’ve been waiting for an official unveiling of the device, which hasn’t come yet. But now some pictures of the device with T-Mobile branding have surfaced.

Apparently it will be called the Samsung Vibrant and it looks a lot like the Samsung Galaxy S i9000. Some features include a 4-inch WVGA Super AMOLED display, 1GHz processor, Android 2.1, 5-megapixel camera and HD video recording.