Posted in Dillyeo Daily Deal by dillyeo on December 8th, 2008 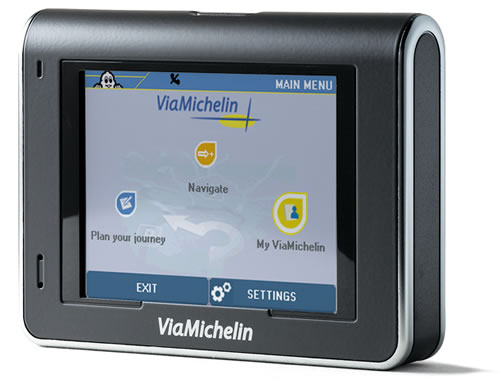 The ViaMichelin X-970 arrived in the US around a year and a half ago. It comes fully loaded with 64MB of RAM, a 400-MHz processor, and a SiRFStarIII GPS receiver technology. On a 2GB SD card Navteq maps covering the U.S. and Canada are stored and supplied. The X-970 also includes 3.6 million points of interest, including the Michelin Green Guide, an aggregation of tourist information with everything from price ranges to hours of operation to historical context.

The X-970 also has Real time traffic capability, Bluetooth capabilities, and is compatible with many mobile devices for handling phone calls on the road, hands free. Despite what has been described as a difficult learning curve, and despite some of it’s less impressive, more frustrating features, the pros definitely counterbalance the cons. Also, for what it costs right now on Dillyeo, I can’t really find a better GPS value on the internet, though you might want to check that out for yourself.