Posted in SanDisk by Shane McGlaun on November 13th, 2008 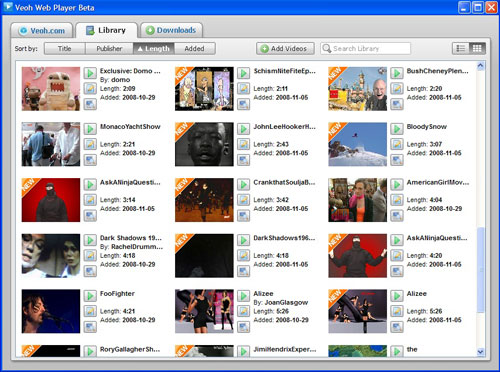 SanDisk is having a rough year with some of the lowest stock prices in the company’s history. That hasn’t stopped the company from introducing new products and selling existing products like its Cruzer line of USB flash drives.

SanDisk and Veoh Networks announced today that the Veoh Web Player would initially only be available on SanDisk Cruzer flash drives. The player allows users to browse video, TV, and Web series on the go. Veoh says its web player puts the power of peer-to-peer in a user’s hand.