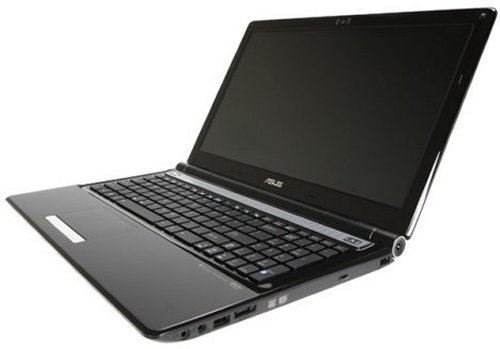 Asus is all about thin with their U and UX series of ultra slim notebooks that will show up in the second quarter of the year. Both models will havea chiclet-style keyboard and auto-adjusting LED backlit display for optimal viewing.

The U series also features a 15.6″ glossy LCD display and a touchpad that uses progressively fading lights to follow your fingertips. Under the hood there’s an Intel Core 2 Duo processor, a NVIDIA GeForce G105M graphics card, up to 500GB of hard drive space and Altec Lansing speakers with SRS true surround sound.

END_OF_DOCUMENT_TOKEN_TO_BE_REPLACED
Permalink | Comments (1) |
Posted in UMPC by Conner Flynn on May 7th, 2008 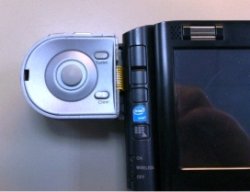 Dan Middle bought Sony’s UX UMPC and found it to be severely lacking when it came to portable gaming. He did what any of us would have done, he took things into his own hands by hacking a cheap USB gamepad. The end result is a set of controls that make available all eight buttons with a single hand, while the other hand is free to aim with the UX’s mouse controls.

The gamepad has been attached to a CF dummy card, slotting into the UX’s CF port. He did some testing and found that it’s pretty decent to use. Vista even recognizes it as a gaming peripheral. I’m not sure if this spells trouble for the PSP and DS Lite, but it’s pretty cool. Video below.