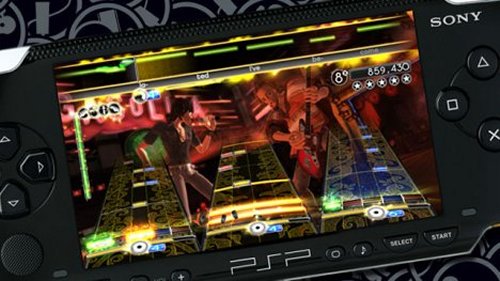 Now you can enjoy Rock Band while on the road to your next gig. That’s because the game is coming to the Sony PSP. To celebrate, Sony is releasing a limited edition Rock Band Unplugged PSP Entertainment Pack.

You get a piano black PSP-3000, a 4GB Memory Stick Pro Duo and a PSN downloadable movie voucher for School of Rock. Very clever. Rock Band Unplugged will merge some key gameplay elements from the original Rock Band as well as its sequel, with a bunch of new songs and some features that are unique to the PSP. Like loneliness and isolation.