Posted in Apple,iPhone,News by Chris Weber on September 25th, 2007 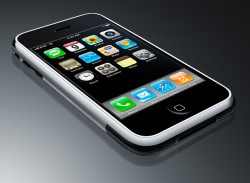 Yesterday Apple sent out a short and to-the-point message about using software hacks to unlock the iPhone, in which they basically warn not to do it. Apple has a new software update coming out for the iPhone in a couple weeks that among other things will contain the new iTunes Wi-Fi Music Store and could very possibly have something that will “take care” of hacked iPhones, intentional or not.

According to the statement issued by Apple, hacks that unlock the iPhone could cause the phone to be irreparably damaged after installing the update that Apple is planning on sending out, and these unlocking hacks are not covered under the iPhone warranty. Press release after the jump: