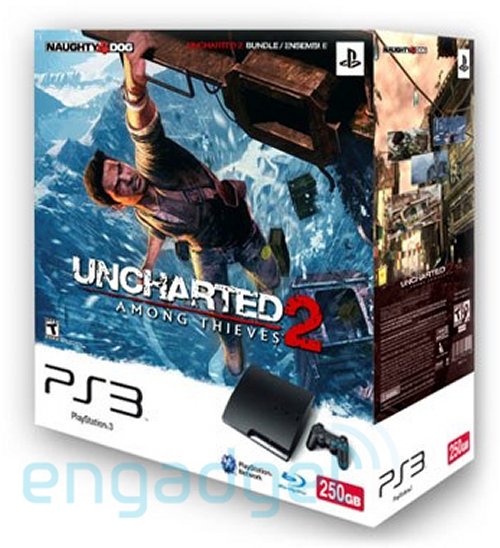 Well looky here. We just got news of an 250GB Xbox 360 and now this. A leaked image of a PlayStation 3 slim bundle for Uncharted 2 that also sports a 250GB hard drive.

According to Engadget, they have confirmed that it’s legit, but other than that, there’s no word on when it will be announced or any info on a price or release date. A good guess would be that we will see it hit retail in mid-October alongside Uncharted 2, but no one knows.