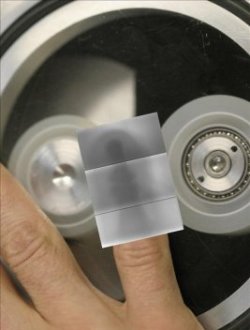 You can imagine their surprise that a 99 cent roll of tape can give you an X-ray. They managed to develop a slightly blurry X-ray image of a finger using the tape. They think that further research can yield a low cost/low power X-ray machine for use in areas of the world where the money and electricity aren’t available for standard machines.