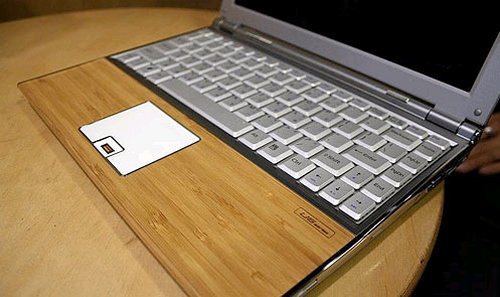 Asus ditched their plans for all-bamboo laptops, much to the delight of bamboo chewing Pandas everywhere. Instead they’ve revealed the U6, which is only bamboo trimmed for that we’re still green statement. I have to say, the look works.

If laptops evolved from the old wood-grain atari console, this is what they would look like. You’ll pay for all that elegance, as it will cost you around $2000. Apparently, plans for the all-bamboo Asus EcoBook were scrapped when heat management became an issue. Good thing too, because otherwise we wouldn’t have this looker.