Posted in twitter by Conner Flynn on October 27th, 2010 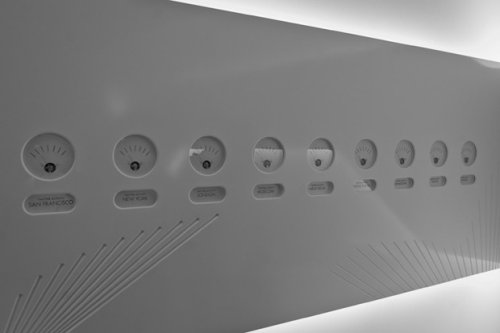 If you are interested in the patterns of social networking, then check this out. An entire wall devoted to tweeting. This Tweet-O-Meter Wall measures tweeting activity in nine major cities. It can be found at British Library’s Center for Advanced Spatial Analysis.

The purpose of the wall is to study the social dynamics among Twitter users around the world. Probably the only thing we get from this is a twitter timezone effect, where you can estimate the time of any given city just by monitoring the Twitter usage. Still, it’s pretty cool.