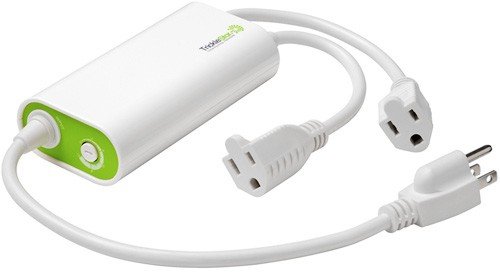 We all know that some game consoles consume a whole lot more power than others. Wii won’t mention any names. TrickleStar knows this and so has introduced their TV TrickleSaver device aimed at cutting down on some of that wasted power consumption.

Just plug both your TV and game console into the device (it will also work with a power bar), and then the device does it’s thing, cutting off power to the game console when you shut off your TV. It even works with other devices other than game consoles. TrickleStar outs the PS3 as its primary target, with the Xbox 360 a close second.