Posted in Alltel by Shane McGlaun on March 6th, 2009 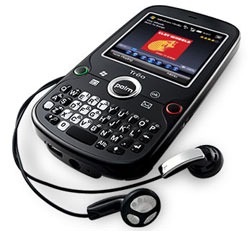 When the PDA was the popular gadget to have, Palm was one of the most popular electronics makers around. After the demise of the PDA and the rise of the smartphone, Palm jumped into the smartphone business, but never proved as popular in the phone market as it was in the PDA realm with most users. Today Palm offers a line of smartphones including the Treo Pro that offer nice features.

Alltel Wireless has announced that it is now offering the Treo Pro smartphone as of today online and in retail stores. Alltel has beat Sprint to the punch with the Treo Pro, Sprint isn’t launching the smartphone until March 15. 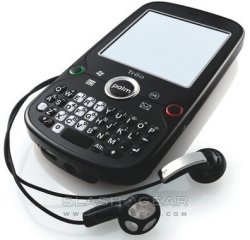 Palm released a pair of official press photos of the Treo Pro and a video of the handset in action. They didn’t say a whole lot. Here’s what we know: the Treo Pro smartphone has a one-touch Wi-Fi button for wi-fi kung fu action, GPS, Windows Mobile 6.1 OS and sports a high-resolution flush-fitting color touchscreen. Earlier leaks indicate that the Treo Pro will feature a 3.5mm headphone socket, 320×320 pixel display, microUSB connector and has a 400MHz processor. No price or date yet. Video below.