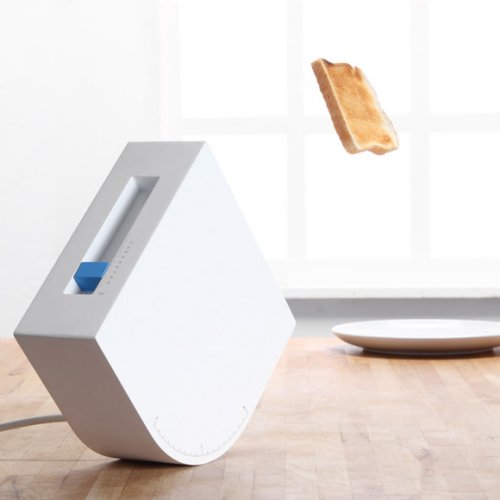 This toaster is part of Ivo Vos’s ‘Brunch’ collection. It’s a toast catapult or trebuchet. One cool feature is that it lets you calibrate the force and angle of your toast’s trajectory. Presumably so that you can have a plate all set up in the right place. It’s one of many prototypes for kitchen equipment from the Dutch designer.

It’s all about precision. In fact, the project is intended to be a statement on perfection, precision, and order. But the important thing is this: This toaster launches your damn toast. And that’s awesome. I’m guessing we won’t see it come to market for awhile, which is a shame. Toasters were meant to function in such ways.