Posted in Concepts by Conner Flynn on December 23rd, 2009 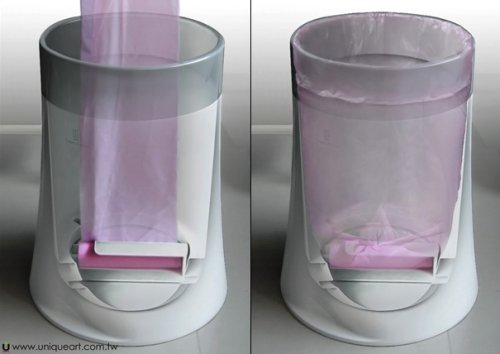 Taking out the trash is hard work. You have to lift it out of the bin, carry it elsewhere, then tear off another bag, shake it out and insert it inside. Whew! If only we could eliminate a few steps.

The Trash Know dustbin is a more practical trash can that makes it easier by incorporating disposable bags into itself. At the bottom of the bin is a dispenser that holds the bags. Just pull one to line the bin whenever you take the trash out, and when the bag is full, just tear away the bag. 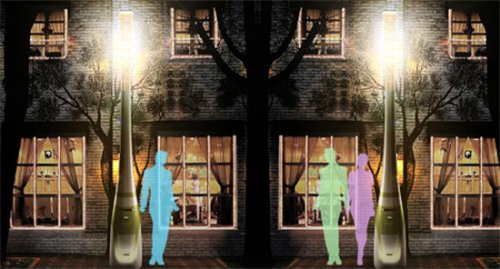 City streets could do with a makeover where lighting and trash are concerned. Designer Haneum Lee thinks he has the solution to both. This concept could keep streets lit while keeping them relatively trash free. The base of the street lights are trash baskets that turn what they can into compost, using methane to generate the power needed to keep the lights going.

It could definitely work, especially in large cities, since there is no shortage of trash. We love to see concepts that kill two birds with one stone or two problems with a single idea.

END_OF_DOCUMENT_TOKEN_TO_BE_REPLACED
Permalink | Comments |
Posted in News by Conner Flynn on May 31st, 2009 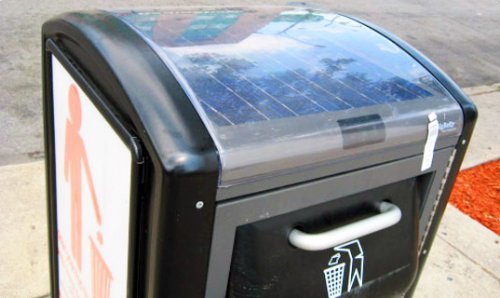 There’s a new trash can in Philadelphia. Several in fact. These brand new solar trash cans are being installed on philly sidewalks and are entirely powered by the sun. The city hopes that you will use them. They can accept close to eight times as much waste as a regular trash can. They go by the name of Big Bellys and they will save the city close to 12 million dollars over 10 years!

The first Big Belly was recently inaugurated by the Mayor at 15th Street and JFK boulevard at JFK Plaza. Over 500 of the units will be installed by July. 210 of those will also feature an additional recycling bin component. Since the compacting bins only have to be emptied 5 times per week (Regular bins which must be emptied 19 times), the city will see huge savings on staff time, fuel costs, and greenhouse gas emissions. 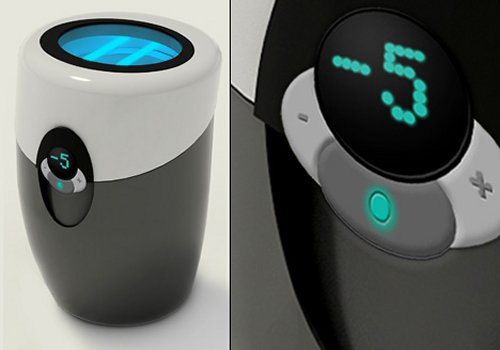 Death and taxes aren’t the only certainties in life. Another one is that garbage does and always will stink. It’s all that organic stuff, like banana peels, coffee grounds, apple cores and stuff. At room temperature, it’s just a stink factory. But if you freeze it…

Now you’re seeing the brilliance of this concept. The Minus Frozen Garbage Container is designed to keep the smell down by keeping your garbage at below-freezing points, where they don’t rot. There’s always the option of perfumed bags, or taking your trash out more, but screw that. Freezing stuff is better. 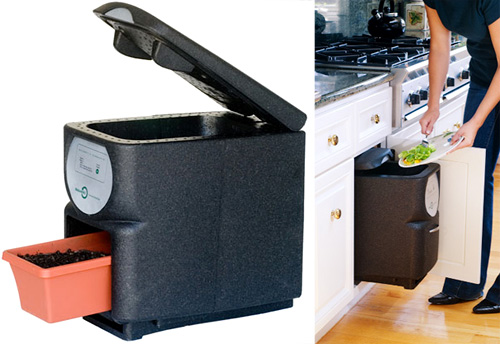 Composting is great for the environment, but it’s often a problem of having somewhere to set up a compost pile. If you live in an apartment, you can’t just leave a pile rotting just anywhere. The NatureMill PRO is perfect for this situation. It can deal with up to 120 lbs of food waste per month, and in about every 2 weeks you have a fresh supply of compost you can use for your window garden, etc.

What about the smell? Well, they apparently have that covered too. The cultures used in the NatureMill PRO will produce a mild aroma similar to mushrooms. You likely won’t even notice until you open the lid. The NatureMill PRO costs $399 but there is a cheaper option at $299. If you are a pet owner, there’s even a Pet-friendly version for $399. That one’s specially tuned to deal with pet waste. There’s always another cheaper option, which is to throw it all out the door, but a steaming pile of rotting garbage never endears you to your neighbors. 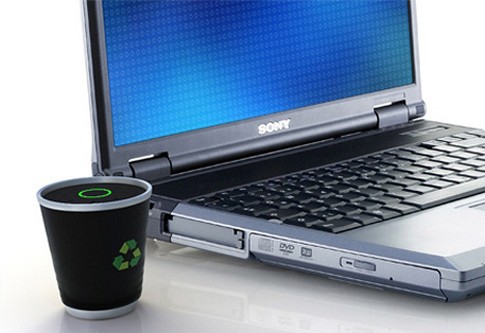 The idea behind this conceptual design is to provide an additional “safety net” of storage for your computers deleted items. The Tempo is an external 250GB (the site indicated Gb, but we’re guessing they meant bytes for this to be practical) hard drive that connects to your PC or Mac via Bluetooth and monitors your deleted items. Each time you delete files from your computer they are stored on the Tempo trash drive where they can be recovered if needed, providing you another layer of recovery for those accidentally deleted items.

The device itself is shaped like a little trash can that can sit on your desk withing Bluetooth range of your computer to wireless transfer the files. LED indicators on the Tempo drive light from the bottom up indicating at a glance how full the …