Posted in Notebooks by Conner Flynn on June 24th, 2010 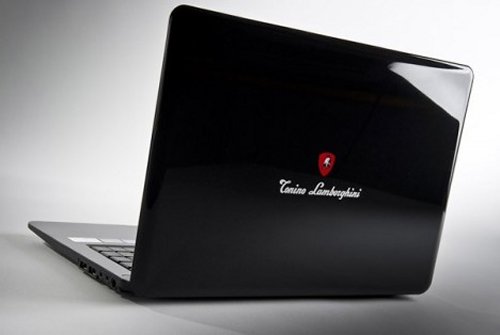 If you already own the high performance sports car, why note zoom on the internet with this Tonino Lamborghini notebook, named after the son of the legendary racer, who has licensed his own name to be used on it.

It looks pretty slick, but looks can be deceiving. The performance doesn’t match up to the Lamborghini sports car. The 13.4-inch notebook features a CULV processor, up to 500GB of storage, a four cell battery and Windows 7.