Posted in iPad accessories by Conner Flynn on March 3rd, 2011 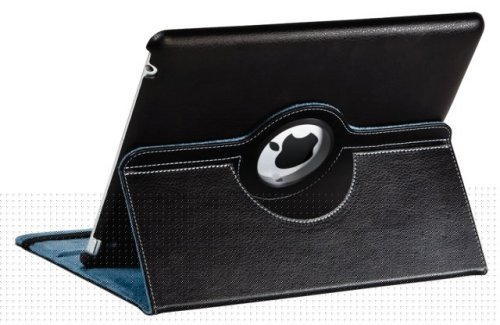 Now that the iPad 2 has been officially announced, it’s time for some accessories to show up. Apple’s Smart Covers are specially designed to protect the iPad 2′s screen and also keep it propped up for watching movies, FaceTime or typing. Of course other manufacturers are going to come up with their own and so Targus has just announced its series of new cases for the iPad 2 and one of them is the THZ045US, a 360° Rotating Stand/Case for iPad 2.

This iPad 2 case protects your tablet from scratches and acts as a stand too. It features a unique rotating mechanism that allows you to rotate your iPad 2 while it is still in the case. The THZ045US is available now for $59.99.