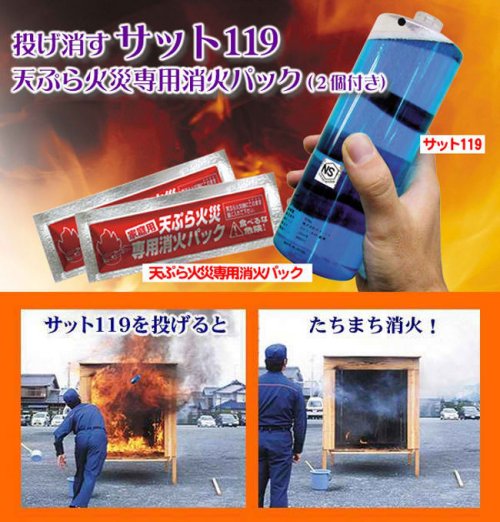 Fire extinguishers are pretty easy to operate, but let’s face it, in life there’s always one guy who doesn’t get it, no matter how simple. So we need an extinguisher that even an idiot can use. The SAT119 will do the trick. It’s a Japanese invention. Just throw the SAT119 on a nearby fire and it is gone.

Of course you better throw it in the right spot and not miss. Okay, so it is nearly idiot-proof. It’s basically just a chemical mix that reacts instantly once released from its container. The blue liquid unleashes carbon dioxide that snuffs the oxygen right out of the fire. No oxygen, no fire. Right now the SAT119 is only good for small contained fire though. This could be pretty handy to have in an emergency however. Maybe to put out a fire in one small room.