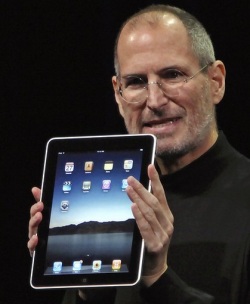 While the tech world is anxiously awaiting the launch of Apple’s iPad, a number questions still looming around the exact details of the device and its functionality. One of those questions which was queried directly to Steve Jobs himself was answered today, apparently by Steve Jobs himself.

The Swedish site Slashat.se reports they had sent a question directly to Apple’s CEO asking if the WiFi version of the iPad will support tethering to the iPhone, allowing 3G data access to the iPad. To this the answer came back simply as: “No. Sent from my iPhone.”