Posted in Controllers by Conner Flynn on October 7th, 2009 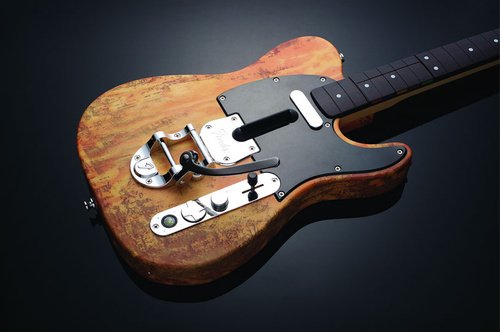 We’ve seen plenty of Rock Band guitars, but the new Rock Band ‘Player’s Edition’ Fender Telecaster for the Xbox 360 has a distressed look. For $110. By now I would think everyone has a Rock Band guitar, so $110 seems pretty steep, distressing or no.

The Mad Catz guitar also features Shredderz fret buttons that should make it easier to rock those solos. Some other features include the optional Electro-Harmonix Overdrive Pedal, the back tuning button, tilt mechanism, and a new touch sensitive pickup.