Posted in Healthcare by Conner Flynn on April 6th, 2008 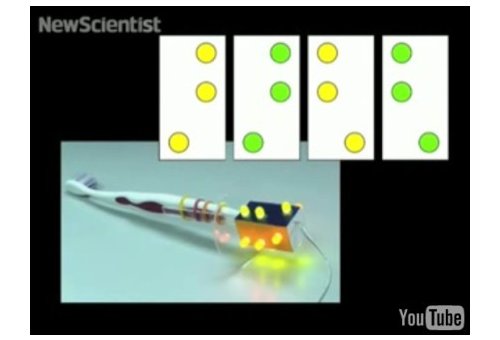 We all know that kids hate brushing their teeth. That’s why since the dawn of time, so many of them end up as toothless seniors. Now there’s a new way to trick them into brushing. Researchers at the National Taiwan University have come up with something which turns brushing your teeth into a webcam-tracked video game.

With an LED toothbrush, a camera mounted above a mirror, and an LCD display, kids can watch plaque and debris get fragged in a cartoon mouth while they scrub. The system tracks three-demensional movement of the child’s hand, covering 24 separate areas of the mouth. Kids who tested the system ended up brushing twice as well as those who hadn’t used it. Check out the video below.