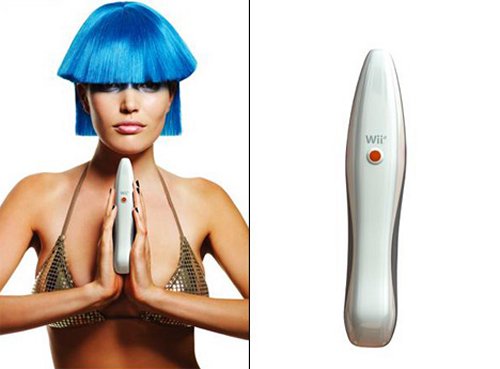 T3 Magazine commissioned some future designs for their “future tech” feature. Here’s a Wii concept for 2010, which is right around the corner. Apparently blue hair is all the rage in the future. And I’m guessing that her bra has bluetooth to control some game by pure boob boucing and nipple position.

It should be noted that in 2010 brainwaves are used to control characters with some head gear, which also sports in-ear headphones. It’s nice to see the Wiimote all thin and streamlined, with just one button too. I’m looking forward to blue haired girl gamers gripping my Wiimote in 2010. Thank you Nintendo. Thank you future.