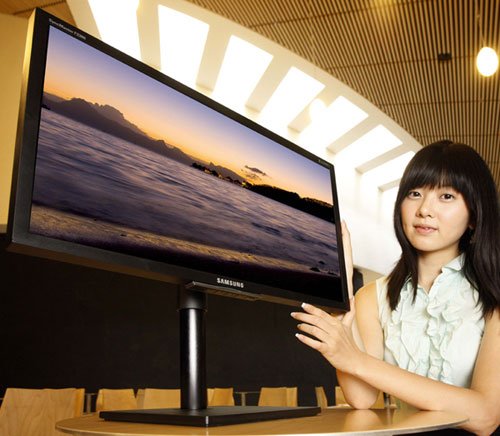 Samsung announced that they will be releasing two new SyncMaster 80 Series LCD monitors in Korea. The F2080 and F2380, a 20-incher and a 23-incher. According to the company, these monitors feature the highest contrast ratios available for displays that are standardly lit. The contrast ratio is a whopping 150,000:1. Both monitors feature a 178-degree viewing angle and full sRGB coverage.