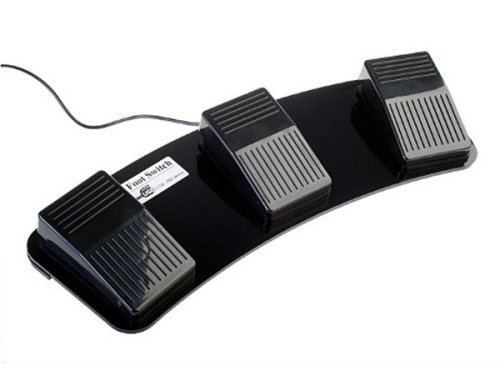 If you’re looking for a new way to control your devices, then check this out. It takes a page out of your grandmother’s sewing book and lets you control things with a foot switch. The triple USB foot switch allows you to control your peripherals using foot pedals.

Is it faster than a keyboard shortcut? I doubt it. But maybe you feel like you need to put on the gas and go all vroom vroom on your peripherals. Each pedal can be pre-programmed with unique keys or multiple keys with the included software.

END_OF_DOCUMENT_TOKEN_TO_BE_REPLACED
Permalink | Comments (2) |
Posted in USB by Conner Flynn on May 8th, 2009 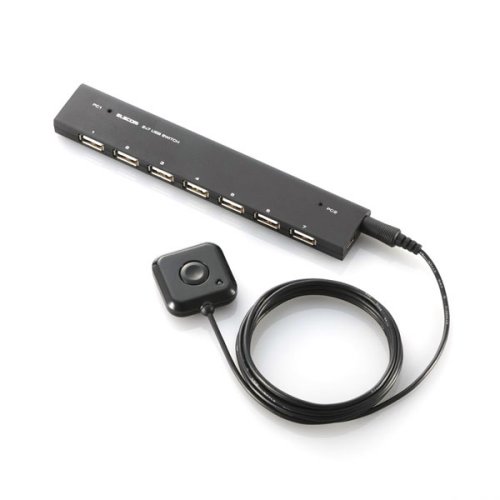 Elecom of Japan has just introduced a few USB switches that will come with a 2- and 7-port USB hub. It allows you to share anywhere from two to seven USB-connected devices over a couple of computers without installing a private network.

Perfect if you and your wife want to share or for room mate situations, though you most likely would still want to set up a private network as their are more benefits. It’s a nice option to have though. 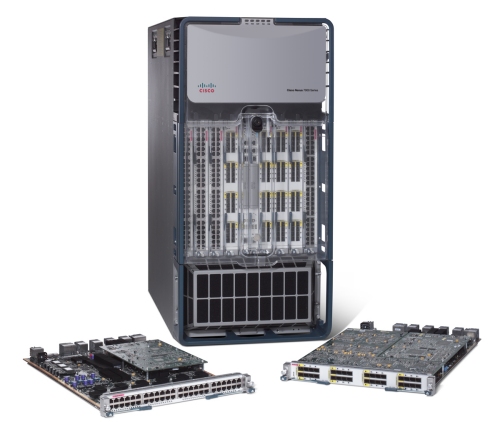 Cisco today unveiled the Nexus 7000 series networking switch boasting remarkable speeds of 15 terabits per second through a “unified fabric” architecture giving very high speed connections through very long distances. Cisco has invested around three years and $250 million into this technology which Doug Gourlay of Cisco describes as the most important product launch since the dawn of switches themselves.

A networking switch is designed to control the flow and direction of data quickly and efficiently between computers, and the Nexus 7000 has the same purpose, but with some significant differences. Aside from just an impressive bandwidth the switch family uses a hybrid type of connection which combines Fibre Channel and Infiniband cables with Ethernet cables giving a very high speed connection that is able to connect computers over great distances that the Fibre Channel and Infiniband cables were unable to do in the past. Distances between machines in this network will be measured in hundreds of miles instead of feet.