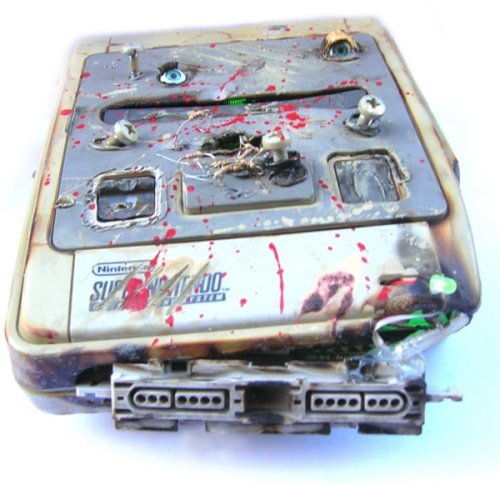 Your eyes will never be the same after taking in this abomination. Someone should put it out of it’s misery, but since it is fueled by the souls of all your past dead Mario lives, it remains undead. You can’t kill it, you can’t reason with it and it’s ugliness can not be stopped.

At night this thing even glows in the dark, looking spooky as hell, where it comes from. It’s still fully functional. It’s appropriately called the Game Over SNES. 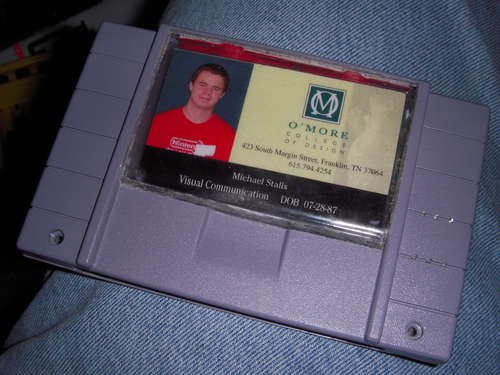 I know what you’re thinking. That this would be large than your current wallet and make you sit all unlevel, like having George Costanza’s huge wallet. But who cares? This is an awesome geek wallet. We’ve seen a lot os SNES cartridge mods, but this is a first.

The SNES cartridge has been modded to hold a photo ID on the front, but it has also been gutted like a fish and outfitted with a hinge so that you have storage space on the inside. If that isn’t enough, it has an LED that can be turned on and off. It also plays game music and noises. Crazy, right? If you are just aching to hide your cash in one, you can build one of your very own. 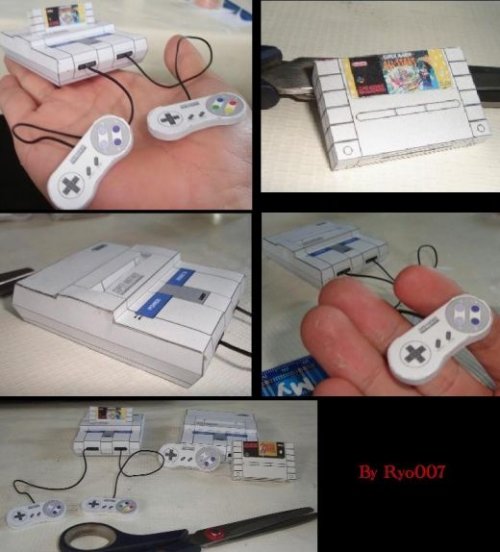 We told you about the tiny Nintendo DS back in February. If that didn’t combine paper and Nintendo to your satisfaction, then how about making your own tiny Super Nintendo?

This Super Nintendo can fit in the palm of your hand so it is very portable. It was created by Chilean papercrafter ryo007, and the tiny SNES even includes a pair of even smaller controllers AND a set of game cartridges. If you want to try your hand at making one, ryo has provided the cut-out diagrams on DeviantArt. Excellent work. I like that one of the cartridges is Super Mario All-Stars.