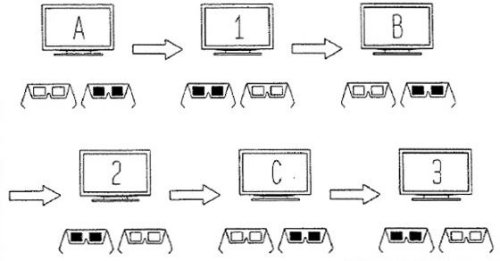 The patents show stereoscopic 3D technology that will allow two individual players to see different information on the same screen. Also, the glasses could have earbuds, further putting you in the game with separate audio feeds.

END_OF_DOCUMENT_TOKEN_TO_BE_REPLACED
Permalink | Comments |
Posted in 3D by Conner Flynn on May 20th, 2010

Stereoscopic 3D technology has been around for a long time and it has come a long way. Toshiba has introduced a new OCB (Optically Compensated Bend) LCD panel that works in time-based type 3D glasses.

In those glasses it will facilitate high-speed shutter opening and closing, which minimizes eye fatigue caused by “3D crosstalk”, a phenomena that happens when the right image is sensed by the left eye and vice versa, causing double vision. It also means better image quality and a wide viewing angle.