Posted in Samsung by Conner Flynn on January 18th, 2011 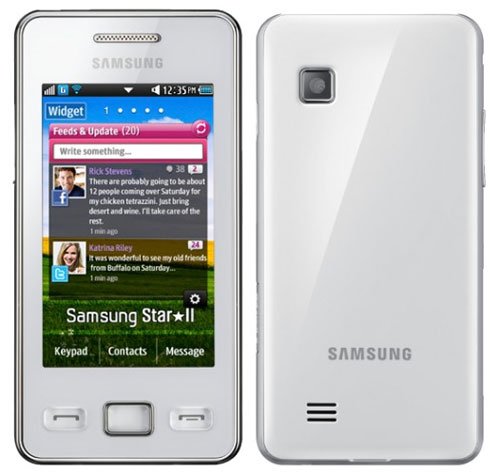 Some leaked information about the Samsung Star II previously found it’s way online and now the Korean company has officially confirmed that the device exists. The successor to the popular Samsung Star will be available starting February in Germany.

This will be followed by other European countries, like South America, India and the Middle East. The Samsung Star II is all about social networking and so comes bundled with Social Hub, Facebook, Twitter and multiple IM apps.