Posted in Tablet PC by Conner Flynn on September 29th, 2009 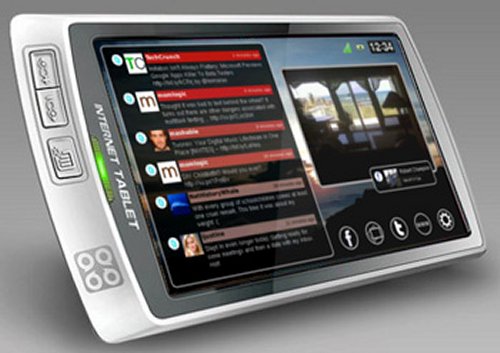 The Lighthouse SQ7 is described as a Social Media tablet and so will run both Facebook and Twitter. Oddly, it relies mainly on its built-in voice recognition engine to get input from the user. The tablet boasts a 7″ touchscreen display at 800 x 480 resolution, Wi-Fi, and the Samsung ARM S3C6410 667MHz processor.

Oh and 128MB RAM and 1GB of internal memory, all powered by a 4,500 mAH rechargeable battery which will give you up to 5 hours of non-stop use. The Lighthouse SQ7 will ship on October 7th for $249.