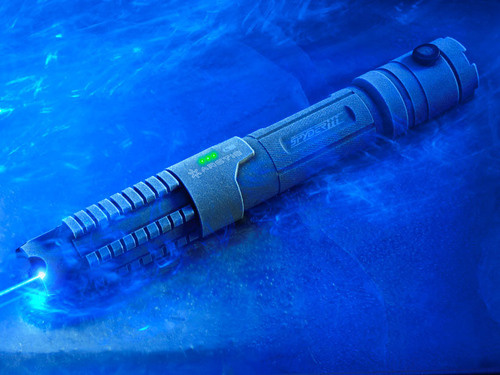 Built with the blue-laser diode of a dismantled Casio Green Slim projector, the $200 Spyder III is the world’s most powerful portable laser. It can make you the most powerful Jedi ever. If it doesn’t permanently blind. It will set your skin, or anything else on fire almost instantly.

Yes, this is no laser toy. This thing can kill. The diodes in Casio’s new mercury-free Green Slim projectors apparently allow for unprecedentedly powerful portable lasers, and Wicked Lasers is more than happy to use them for the 1 Watt Spyder III. The blue Spyder III laser is 2000 times brighter to the human eye, compared to their $2000 Sonar and this one is only $200.