Posted in Concepts by Conner Flynn on October 14th, 2008 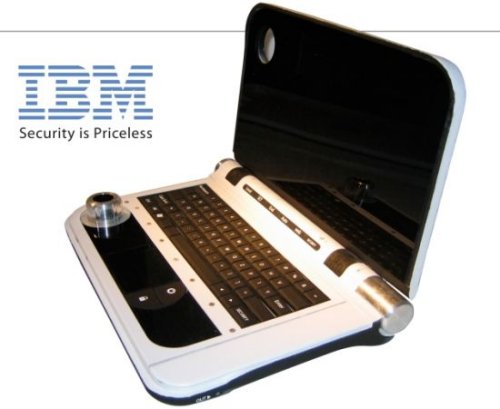 This IBM concept laptop looks like something from an alternate dimension. It’s the kind of laptop we might be using had the cold war never ended and spies were everywhere and issued these laptops by Q.

It’s a concept by Nicolas Lehotzky. The most interesting thing about it is the giant security “knob” which is fingerprint activated and allows the laptop to respond only to the owner’s touch, acting as a physical lock. It also has hidden USB ports and a trusty built-in paper shredder. It goes well with the watches depicting the Bond villains.