Posted in Soundcards by Shane McGlaun on July 21st, 2009 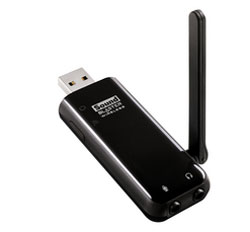 Creative has been making Sound Blaster sound cards for computers and laptops for many years. The products were once among the most popular add-in cards for gaming PCs. With the advent of HD onboard sound on most computers, the add-in sound card isn’t as popular as it used to be.

Today Creative announced its latest Sound Blaster device called the Sound Blaster Wireless for iTunes. The device retails for $149.99 and turns Mac and PC computers into a wireless music system. The system includes the wireless transmitter that is about the size of a flash drive and a receiver.