Sony is jumping on the popular hi-resolution audio band wagon. Thanks to Neil Young’s Pono project, Sony doesn’t need to spend much on advertising.  Just google “hi-res audio” and Sony new toy is the first thing that pops up.

Young’s Kickstarter project was so successful, Sony probably thought “What the hell, lets give it a shot”. With that they will be releasing a new hi-res audio player at the end of this month, the Sony Walkman NWZ-A17. This device is smaller and lighter than Pono. The screen is bigger and will play all the popular formats; WAV, AIFF, ALAC, FLAC, MP3, AAC, and WMA.  It also comes with 64GB of storage. And to top it off the battery life is off the charts, 50 hours of battery life or 30 hours when playing full 24-bit/192kHz files

So, we suppose you … 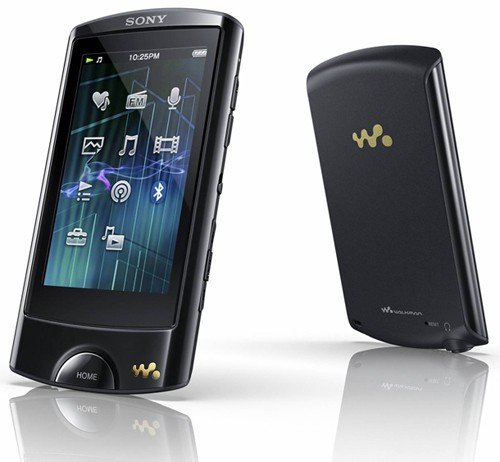 Sony is getting ready to release the latest entry in the popular walkman series, the NWZA865B, a 16GB portable media player with wireless file sharing and music streaming capabilities. It probably won’t have built-in WiFi, however.

The 16GB model should be accompanied by other capacities ranging from 8GB to 64GB. The device can be seen on UK retailer Buy.com with a £130 ($213) price tag. It will arrive on July 31st. 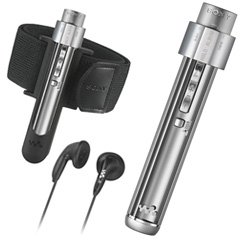 This new MP3 player from Sony definitely has the athlete in mind when they designed it. When you look at the NW-S205 Walkman it has athlete written all over it, beginning with the small and sleek design.

The NW-S205 (part of the new NW-S200 series from Sony) is only 3.8 inches long and has a diameter of .6 inches. The trade off for having something this small is the interface. It only has a one line small visual interface for reading the information, and some small twist and rocker controls to navigate, but once you get it running you are set.

For transferring data to the Walkman, there is a small USB port on the end that you can hook up to your PC and use the supplied software (SonicStage) to manage the data transfer. Some features of the NW-S205 Walkman:

The Walkman really come a long way, and the contrast in neat to see with this new Sony W950i Walkman compared to the original Walkman of 1979.

The W950i Walkman is a mobile phone that will be released in the near future with an music player and a nice big touchscreen with big buttons to make navigation easy. (The original Walkman had big buttons, too.)

The W950i is one of a few phones that will be coming out from Sony Ericsson in the coming months. Other phones include the W850i which is a slider-design, the Z610i …