Posted in Mobile Phones by Nino Marchetti on March 27th, 2008 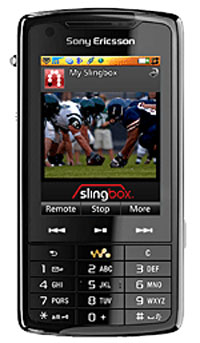 Sling Media today has announced a new mobile client for those wishing to access their television programming while on the go. It is known as the SlingPlayer Mobile for UIQ on Symbian OS. It will run you around $30 for this software once it is released.

The SlingPlayer™ Mobile for UIQ on Symbian OS brings to compatible Symbian based mobiles the ability to watch and control home television when a Slingbox is installed at home. All of this is done over a wireless Internet connection, be it cellular or Wi-Fi. SlingPlayer Mobile also lets one “control their home digital video recorder (DVR) to watch recorded shows, pause, rewind, and fast forward live TV and even program and watch new recordings while away from home.”